Who Can Speak and Who Is Heard/Hurt?

Facing Problems of Race, Racism, and Ethnic Diversity in the Humanities in Germany 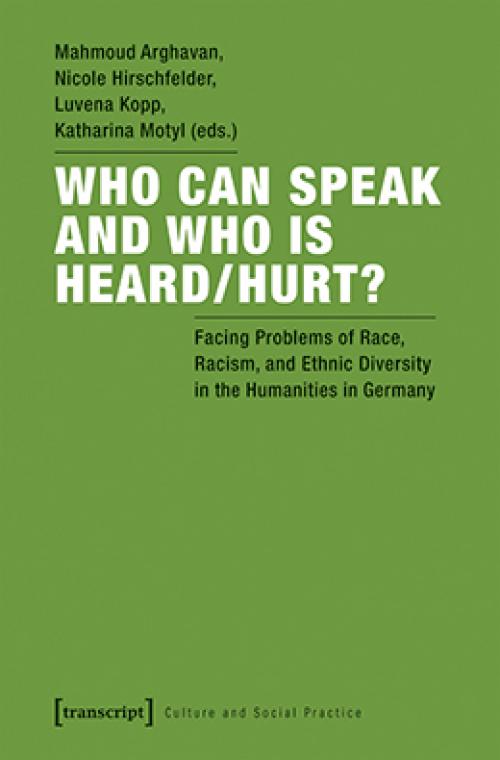 Ethnic diversity, race, and racism have been subject to discussion in American Studies departments at German universities for many years. It appears that especially in the past few decades, ethnic minorities and 'new immigrants' have increasingly become objects of scholarly inquiry. Such research questions focus on the U.S. and other traditionally multicultural societies that have emerged out of historical situations shaped by (settler) colonialism, slavery, and/or large-scale immigration. Paradoxically, these studies have overwhelmingly been conducted by white scholars born in Germany and holding German citizenship. Scholars with actual experience of racial discrimination have remained largely unheard.
Departing from a critique of practices employed by the German branch of American Studies, the volume offers (self-)reflective approaches by scholars from different fields in the German Humanities. It thereby seeks to provide a solid basis for thorough and candid discussions of the mechanisms behind and the implications of racialized power relations in the German Humanities and German society at large.

Mahmoud Arghavan (Dr.) coordinates the unit for Help for Refugees, Migration, and Integration at the Innere Mission in Munich. He completed his PhD in 2013 at the Free University of Berlin with a dissertation on Iranian American literature. From 2014 to 2016, he worked as an adjunct lecturer at the American Studies department of the University of Tübingen. His research interests include diaspora studies, postcolonial studies, critical race theory, and border studies.
Nicole Hirschfelder (Dr.) is an associate professor at the American studies department at the University of Tübingen and an associate member of the Collaborative Research Center (Sonderforschungsbereich) 923 "Threatened Order - Societies Under Stress". She was a visiting professor at the University of Maryland in 2016 and 2019. Her main areas of scholarship include figurational sociology, inequality, protest, new social movements, and the Civil Rights Movement in the U.S. and Germany.
Luvena Kopp (M.A.) teaches film, literature, and cultural studies at the University of Tübingen. Her research interests include concepts of figurational sociology as developed by Pierre Bourdieu and Norbert Elias, power relations, and the films of Spike Lee.
Katharina Motyl (Dr.) is an assistant professor at the American Studies department of the University of Mannheim. Her research focuses on Arab American literature, global Arab and Muslim perspectives on the 'War on Terror,' the sociocultural history of drugs and addiction in the U.S., the cultural history of failure, African American expressive culture as well as Indigenous cultures and ways of knowing.