Perspectives, Trends and Developments in the 21st Century 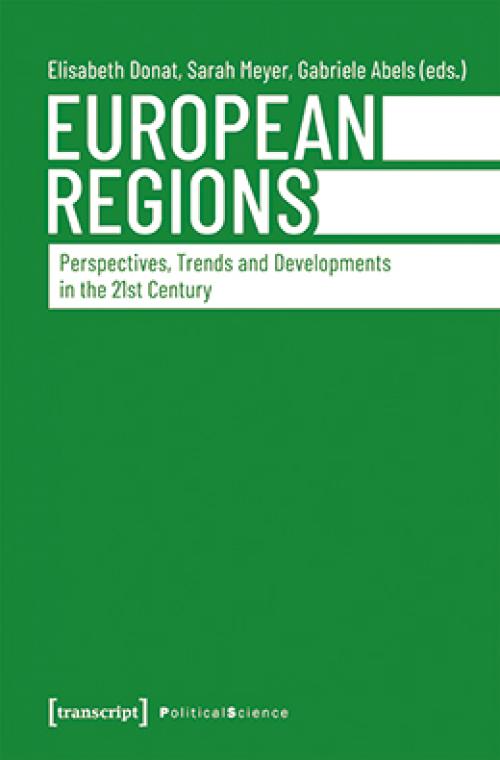 At the beginning of the 21st century, the EU is facing deep political, social, and economic changes. The benefit of supranational organization is no longer obvious to European citizens and questions of legitimacy have accompanied the EU's development over the last decades. Regions - albeit often deemed »obsolete« - present themselves as stable and reliable partners in this turbulent environment: in being important objects of identification to their citizens, but also relevant political and legal entities in the EU's multilevel governance system. This edited volume asks about the role of regions and regional identity in a European Union that is perhaps struggling more than ever about its future.

Elisabeth Donat (Dr.) is a research associate and deputy head of the Department for European Policy and the Study of Democracy at Danube University Krems. She previously worked as a research associate at the University of Salzburg, Innsbruck, and Vienna in their respective departments of sociology. Her fields of interest and expertise are political sociology and social sciences methods.
Sarah Meyer (Dr.) is a research fellow at Danube University Krems and heads the international research project REGIOPARL on the role of regional parliaments in EU policy-making. She holds a doctorate in political science from the University of Vienna and completed a post-graduate program on European integration at the Institute for Advanced Studies in Vienna. Her research focuses on the (institutional) development of the EU, the role of regional parliaments in Europe, and the politicization of European integration and migration.
Gabriele Abels (Prof. Dr.) is Jean Monnet Chair at the University of Tübingen, Germany. Since 2007 she has been a professor for comparative politics and European integration at the Institute for Political Science. From 2015-2018 she was Director of the Jean Monnet Centre of Excellence PRRIDE (Positioning Regions and Regionalism in a Democratic Europe), funded by the European Commission's Erasmus+ program. She has published widely on regions and parliaments in the EU, the democratization of the EU, theorizing European integration, gender perspectives on the EU, gender and political participation, regulation of biotechnology, and methodology.

This work is licensed under the Creative Commons Attribution-ShareAlike 4.0 License (CC BY-SA 4.0)