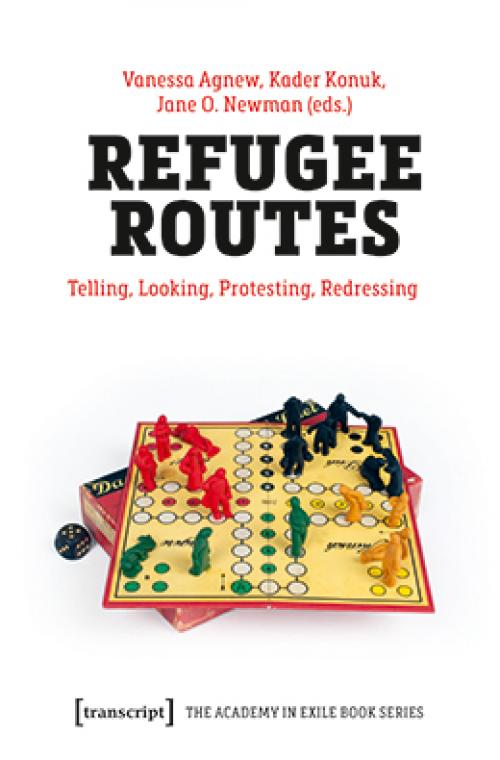 The displaced are often rendered silent and invisible as they journey in search of refuge. Drawing on historical and contemporary examples from Turkey, the Ottoman Empire, Iraq, Syria, UK, Germany, France, the Balkan Peninsula, US, Canada, Australia, and Kenya, the contributions to this volume draw attention to refugees, asylum seekers, exiles, and forced migrants as individual subjects with memories, hopes, needs, rights, and a prospective place in collective memory. The book's wide-ranging theoretical, literary, artistic, and autobiographical contributions appeal to scholarly and lay readers who share concerns about the fate of the displaced in relation to the emplaced in this age of mass mobility.

Vanessa Agnew is a professor in Anglophone studies at the Universität Duisburg-Essen and a senior researcher at the Australian National University. She was educated at the University of Queensland (BMus), New York University (MA), University of Wales (PhD), and Open University (BSc). Her Enlightenment Orpheus: The Power of Music in Other Worlds (Oxford UP, 2008) won the Oscar Kenshur Prize for 18th-century studies and the American Musicological Society's Lewis Lockwood Award. She co-organizes the Critical Thinking Program of the Academy in Exile.
Kader Konuk is a professor of Turkish studies at the Universität Duisburg-Essen. In 2017, she founded the Academy in Exile, which offers over 37 scholars at risk fellowships to continue their research in Berlin and Essen. Trained as a comparatist in German, Turkish, and English literature, Konuk focuses on the disciplinary nexus between literary criticism, cultural studies, and intellectual history. Her research is situated at the intersections between religious and ethnic communities, beginning with the Ottoman modernization reforms and continuing on to Turkish-German relations in the twenty-first century. Her work examines cultural practices that evolve in the context of East-West relations (travel, migration, and exile).
Jane O. Newman is a professor of Comparative Literature at UC Irvine. She has published on 16th- and 17th-century English, German, and neo-Latin political theory, literature, and culture and the disciplinary history of Renaissance and Baroque studies. Newman has held Fulbright, Guggenheim, and Humboldt fellowships, was the M.H. Abrams Fellow at the National Humanities Center (Research Triangle, North Carolina) (2015-16), and held a Berlin Prize at the American Academy in Berlin (2017). She is the Chair of the University of California Systemwide Coordinating Committee for Scholars at Risk.