The Temptation of Hope. Utopian Thinking and Imagination from Thomas More to Ernst Bloch – and Beyond

Utopian Thinking and Imagination from Thomas More to Ernst Bloch - an Beyond. 43rd Wisconsin Workshop in Honor of Jost Hermand's Eightieth Birthday 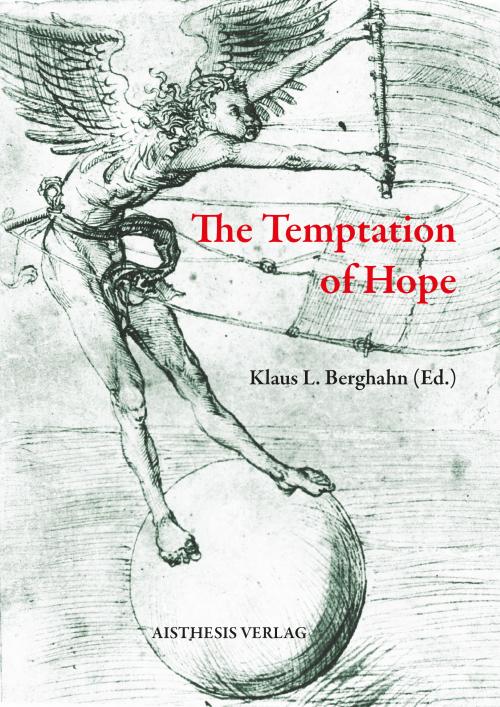 Utopian thinking and imagination have fallen on hard times. It has almost become a common place that utopian visions are obsolete. The present state of world affairs seems to paralyze utopian thinking. In an age of worldwide exploitation and destruction of nature, of triumphant global capitalism, and of senseless terrorism the future of mankind seems bleak. Especially the collapse of Communism in Eastern Europe, if that was suppose to be a utopia at all, has shattered all dreams of century-old social utopias. Utopia is draped in a mourning veil, and Postmodernism, we are told is ringing in the end of Utopia. Would it not be wiser, under these anti-utopian circumstances, to say farewell to utopian thinking?
It is against this backdrop of recent cultural pessimism that this volume on The Temptation of Hope tries to rescue the power of utopian thinking and imagination. It reminds us of Bloch’s “encyclopedia of hope,” which permeates all aspects of life and gives utopian thinking a diversity and latitude it has never before known. Hope seems to be a human propensity. If it could be repressed or even forgotten, it would not have been a continuous part of the human experience or a factor of history.
The Temptation of Hope may seem to be too modest a title for a volume that deals with utopian thinking and imagination. The audacity of hope would have expressed more strongly the necessity of utopian thinking in our time. But, when we speak of hope, we should keep in mind that there is no certainty – only possibilities, latencies, and tendencies that have to be discovered and explored. Utopian thinking is first of all a criticism of the existing social order and a thought experiment of how it could be different.
The 43rd Wisconsin Workshop in honor of Jost Hermand’s eightieth birthday took place at the University of Wisconsin–Madison from September 9th to 11th, 2010. It explored some important aspects of the utopian discourse from Thomas More to Ernst Bloch – and beyond.

Klaus L. Berghahn is the Weinstein-Bascom Professor of German-Jewish Culture at the University of Wisconsin-Madison. On a related topic, he recently published Zukunft in der Vergangenheit – Auf Ernst Blochs Spuren (Aisthesis 2008).