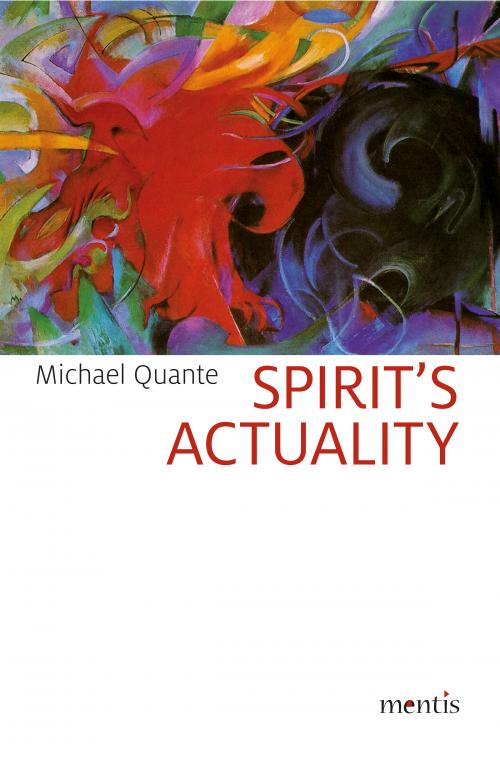 Hegel’s philosophy of mind is a systematically current conception due to its consistent anti-scientism and its multifaceted rejection of all forms of philosophical scepticism and its being a conception that has many references to pragmatism.

In its detailed examination of Hegelian texts this book offers various systematic references to current philosophy of mind. From the starting point of a basis of action theory the specific moves of Hegel’s concept of mind are developed: The antidualistic synthesis of corporality and spirituality and the genuine sociability of the human mind create the framework in which Hegel develops a modern conception of concrete freedom.
The primary goal of this book is to turn Hegel’s philosophy of mind into fertile terrain for the addressing of central problems of the present by bringing his systematic views into a dialogue with philosophical positions which have proponents today.

“Quante’s Hegel deserves to play a significant role in discussions of the most important contemporary issue in philosophy: the nature and importance of human freedom.” (Robert Pippin)