Artistic Articulations of Borders and Collectivity from Lebanon and Palestine 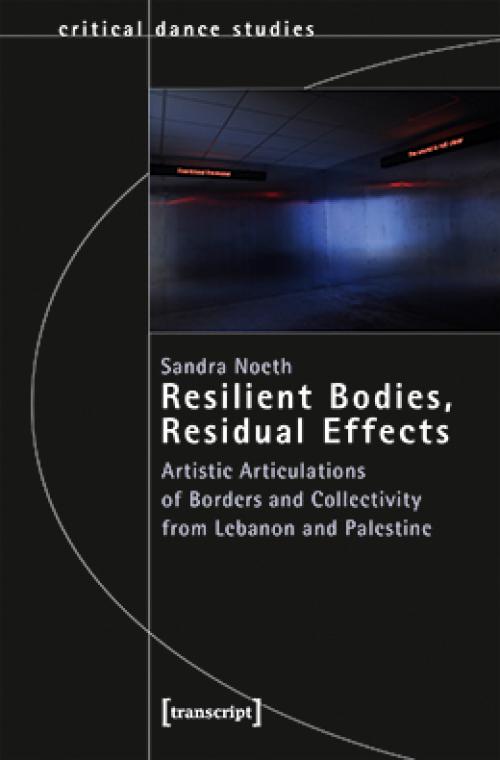 What does it take to cross a border, and what does it take to belong? Sandra Noeth examines the entangled experiences of borders and of collectivity through the perspective of bodies. By dramaturgical analyses of contemporary artistic work from Lebanon and Palestine, Noeth shows how borders and collectivity are constructed and negotiated through performative, corporeal, movement-based, and sensory strategies and processes. This interdisciplinary study is made urgent by social and political transformations across the Middle East and beyond from 2010 onwards. It puts to the fore the residual, body-bound structural effects of borders and of collectivity and proceeds to develop notions of agency and responsibility that are immanently bound to bodies in relation.

Sandra Noeth (Dr. phil.) is a Professor at the HZT-Inter-University Centre for Dance Berlin (Berlin University of the Arts/University of Performing Arts »Ernst Busch«) and curator and dramaturge internationally active in independent and institutional contexts. She specializes in ethical and political perspectives toward body-practice and theory and in dramaturgy in body-based performing arts. As Head of Dramaturgy and Research at Tanzquartier Wien (2009-2014), Sandra Noeth developed a series of research and presentation projects on concepts and practices of responsibility, religion, integrity and protest in relation to the body. As an educator, she has been working with DOCH-Stockholm University of the Arts since 2012 and was Resident Professor in the 2015-16 HWP-program at Ashkal Alwan, Beirut.