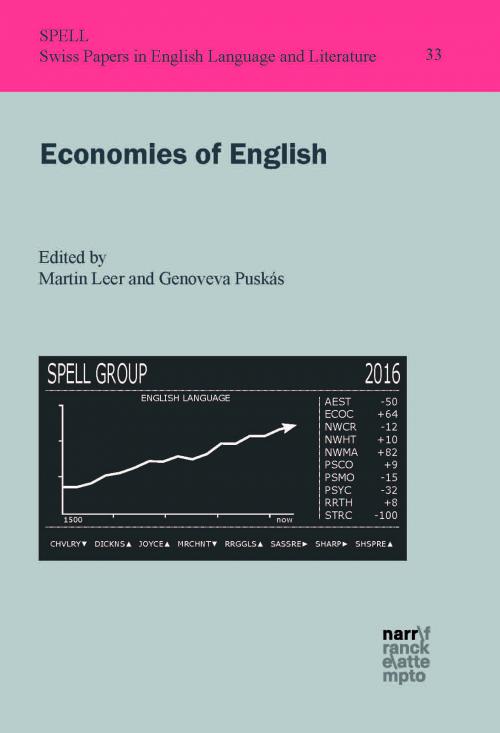 As the world still reels from the financial crisis of 2007-8, it seems timely to reflect on the connections between money and value embedded in all our discourses about economy, language and literature. The essays in this volume bring together a wide range of approaches to demonstrate how the discipline of English studies and language and literature studies more generally rest on a goldmine of largely unexamined economic metaphors: from Ferdinand de Saussure’s notions of linguistic “value” to the actual economic value of English as a second language; from Shakespeare’s uncanny eye for the fiduciary principle of the modern economy to Joyce’s “scrupulous meanness” as an economy of style; from women interrupting the circulation of money in early modern comedy to “living well on nothing a day” in Thackeray’s Vanity Fair; from derivatives in the poetics of Anne Carson to the generic economy of gay coming-out films.

Martin Leer is maître d’enseignement et de recherche and Head of contemporary literature in the English Department at the University of Geneva. He holds his undergraduate degree from the university of Copenhagen, Denmark and his Ph.D. from the University of Queensland, Australia. He was Assistant and Associate Professor of Colonial and Postcolonial Literatures at the University of Copenhagen 1993-2005 before coming to Geneva. He has published widely on literary geography, literature and the environment and postcolonial literatures and as a literary translator. He is the coeditor of Other Routes: 1500 Years of African and Asian Travel Writing (Oxford: signal Books, 2006) and of Bodies and Voices: The Force-field of Representation and Discourse in Colonial and Postcolonial Studies (Amsterdam: Rodopi, 2008).

Genoveva Puskás is Associate Professor of English linguistics at the University of Geneva. She holds a PhD in linguistics from the University of Geneva, with a dissertation on the syntax of Hungarian which was awarded the Latsis Prize in 1997. She was a Visiting Fellow Researcher at the University of California in Santa Cruz during the academic year 1998-1999 and a Visiting Professor at McGill University (Montréal) in 2006-2007. Her main research domains are the syntax-semantics interface questions and the syntax of Finno-Ugric languages. Her publications include a monograph on the syntax of Hungarian (Word order n Hungarian, John Benjamins 2000) and a textbook on comparative syntax (Initiation au programme minimaliste, Peter Lang 2013), several co-edited volumes on aspect, mood and negation, and numerous articles on negation, quantification, wh-questions and the syntax-semantics of subjunctive.