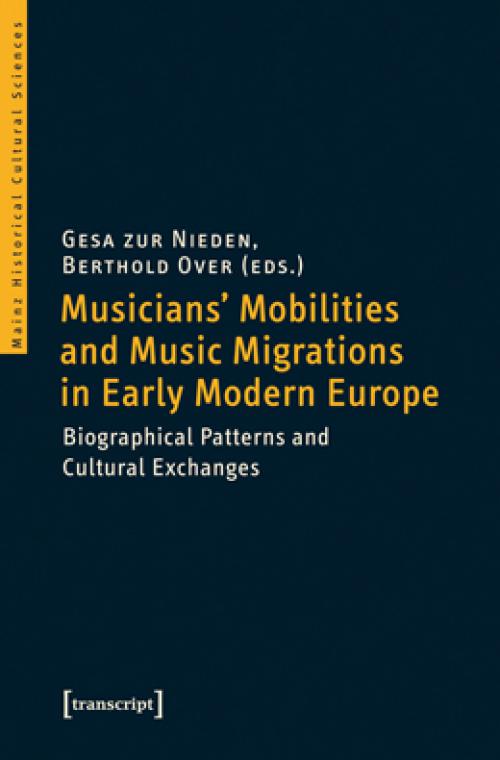 During the 17th and 18th century musicians' mobilities and migrations are essential for the European music history and the cultural exchange of music. Adopting viewpoints that reflect different methodological approaches and diversified research cultures, the book presents studies on central scopes, strategies and artistic outcomes of mobile and migratory musicians as well as on the transfer of music. By looking at elite and non-elite musicians and their everyday mobilities to major and minor centers of music production and practice, new biographical patterns and new stylistic paradigms in the European East, West and South emerge.

Gesa zur Nieden (Prof. Dr.), born 1978, teaches musicology at the University of Greifswald. Her research and publications focus on the early modern musicians mobility, on spaces and buildings for music, on intermedial dimensions of music and on the reception of Wagner after 1945.
Berthold Over (PhD), born in 1964, is a researcher in the project »PASTICCIO. Ways of Arranging Attractive Operas« at Greifswald University. He previously worked and taught at Mainz University where he was member of projects on musical mobility and migration as well as on Roman cantatas in Händel's times. His research focuses mainly on 17th and 18th century music as evident from numerous publications.